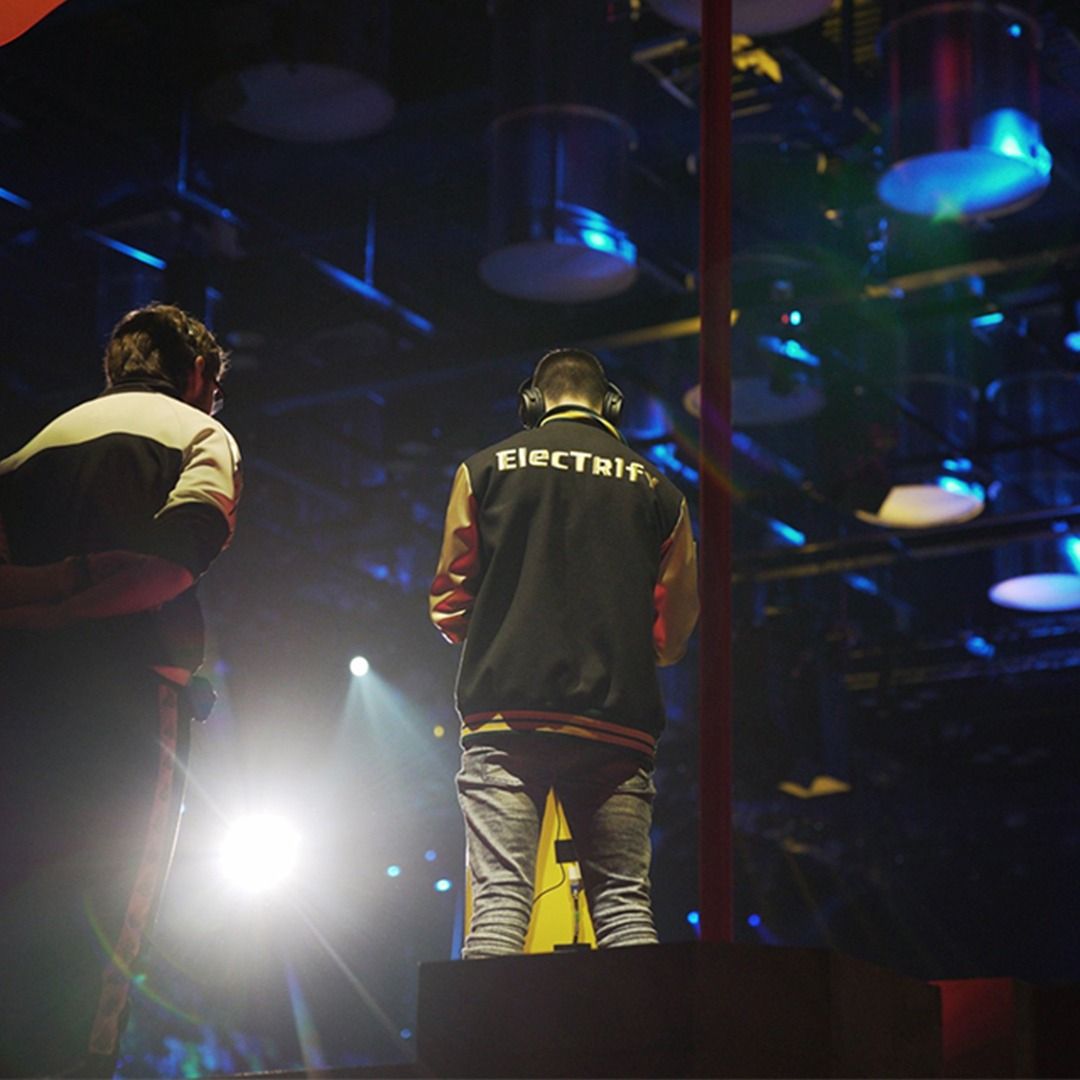 The Clash Royale World Championships 2017 was a rollercoaster of emotions and a thrilling experience for everyone. Tribe’s very own Electrify managed to advance to the quarterfinals after a stellar display of skills against Team Liquid’s CMcHugh. CMcHugh is a 2x RPL World Champion, Top 2 CCGS NA Spring & Fall Season and had back to back #1 global finishes under his belt.

Electrify, with a series of intricate interactions, outplayed CMcHugh in a miner poison mirror matchup. Despite being the underdog, he played miner masterfully. Electrify rose to the occasion and knocked out the tournament favorite, Team Liquid’s CMcHugh with a  decisive 2-0 victory.

Game 1
– Banning Rocket allows the Elixir Collector to thrive as CMcHugh goes with a defensive-orientated Pump/Graveyard deck.
– Electrify, knowing Pump could be troublesome, brought a Giant/Miner beatdown deck.
– Consequently, he was at no deficit playing vs CMcHugh’s Pump/Graveyard deck.
– He constantly applied pressure to CmcHugh with the Giant and did not allow CMcHugh any counter push potential.
– CMcHugh really needed an elixir advantage or units leftover on defense to mount any offensive presence with his Graveyard win condition.
– Electrify always netted positive elixir trades, and he wiped out CMcHugh’s defense before it could be converted into offense, as a tank for the Graveyard.
– CMcHugh had no counter push potential, which is the main premise of his deck.
– 43 seconds in, Electrify utilizes Tornado to ‘electrify’ his own King Tower with CMcHugh’s Electro Wizard!
– This was the pivotal play that secured Electrify the win.

Being on stage in front of thousands of people, Electrify’s play was not impaired. With all the pressure mounting, this technical play was extraordinary. Activating the king tower allows him to have another reliable way of dealing with CMcHugh’s Graveyard, eliminating his primary source of damage.

Electrify did not allow CMcHugh any room for comfort. His first graveyard was only casted at 2:53 minutes left in overtime–a true testament to Electrify’s relentless aggression. Due to the king tower activation, CMcHugh could not break through and get skeleton damage.

In the final moments, CMcHugh had to resort to primarily poisoning Electrify out for his only reliable damage. Electrify was able to ignore the threat of Fraveyard, so he was allowed to utilize his poison on offense.

His Miner/Poison combination was able to out damage CMcHugh and Electrify emerged victorious! Electrify secured the first game in adominating fashion with his calculated pressure, impressive king tower activation, and immaculate deck selection.

Game 2
Electrify stays true to his predilections and runs another Tornado/Miner/Poison cycle deck.

– CMcHugh, when backed into a corner, will always play control-oriented deck archetypes. In preparation for any Miner control deck he falls back on, Electrify made sure to incorporate tornado into his deck.

– Electrify ran a Miner/Poison deck with the Poison and Fireball bait cards of Furnace and Flying Machine.

– With 30 seconds left, Electrify counter pushes with a surprise cannon cart to draw out the Knight from CMcHugh. CMcHugh was previously using the Knight/Ice Spirit combination to Electrify was up 500 tower damage and was able ride to out the last 20 seconds of the game to secure the final win.

Defeating the world-class CMcHugh, it is evident Electrify’s skill is on the rise and Tribe Gaming is so proud of what he has achieved in this intense competition. We look forward to Tribe Gaming’s future in competitive Clash Royale tournaments with many exciting events happening in 2018.